“Forgive me if I don’t have the words. Maybe I can sing it and you’ll understand.”

The Art of Jazz with Tracey Whitney features keyboardist Sid Fendley, bassist Rodney Bowe and drummer Wayne Johnson. For Tracey’s bio, click on the ABOUT button above.

Let us customize your experience. The Art of Jazz with Tracey Whitney will give your event the sophistication and elegance you deserve with one of the best live shows in town! Email us in the INQUIRIES box below, or call 505.312.8812 and together we'll perfectly tailor an evening you’ll remember for years to come! 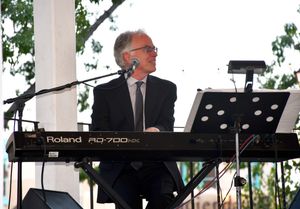 From Roswell via Dallas, Sid is a staple of the Albuquerque jazz scene, playing solo or freelancing with several bands, he also backed Albuquerque favorite Linda Cotton for 12 years. Owner of Mountain Road Recording Studios, Sid has engineered over 15,000 commercials, and recorded many local musicians, including Linda Meyers, Michael Anthony, Michael Mauldin, Phil Lenk and Susie Tallman. Sid is the leader of the One Spiritual Center Band and has been performing with Tracey since 2014. 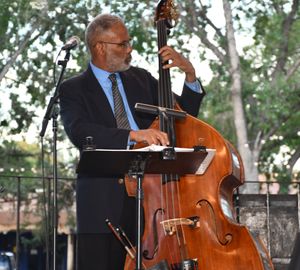 Born in Los Angeles, CA, bassist/vocalist Rodney was recently featured in Albuquerque the Magazine. A band leader in his own right, he’s performed regionally and internationally with a multitude of performers, including the Langston Hughes Project with Dr. Ron McCurdy, the National Dance Institute Music Ensemble, as well as freelancing with numerous other bands and productions. Rodney has performed with Tracey since 2017. 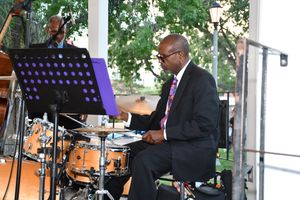